C64 Game Machine from 1985 is another interesting hardware that was never released or it was decided to release as Commodore 64 Gaming System. Thanks to Andy Finkel who posted these images to “Commodore International Historical Society” facebook page and gave his permission to publish these pictures here.

So lets first check inside: 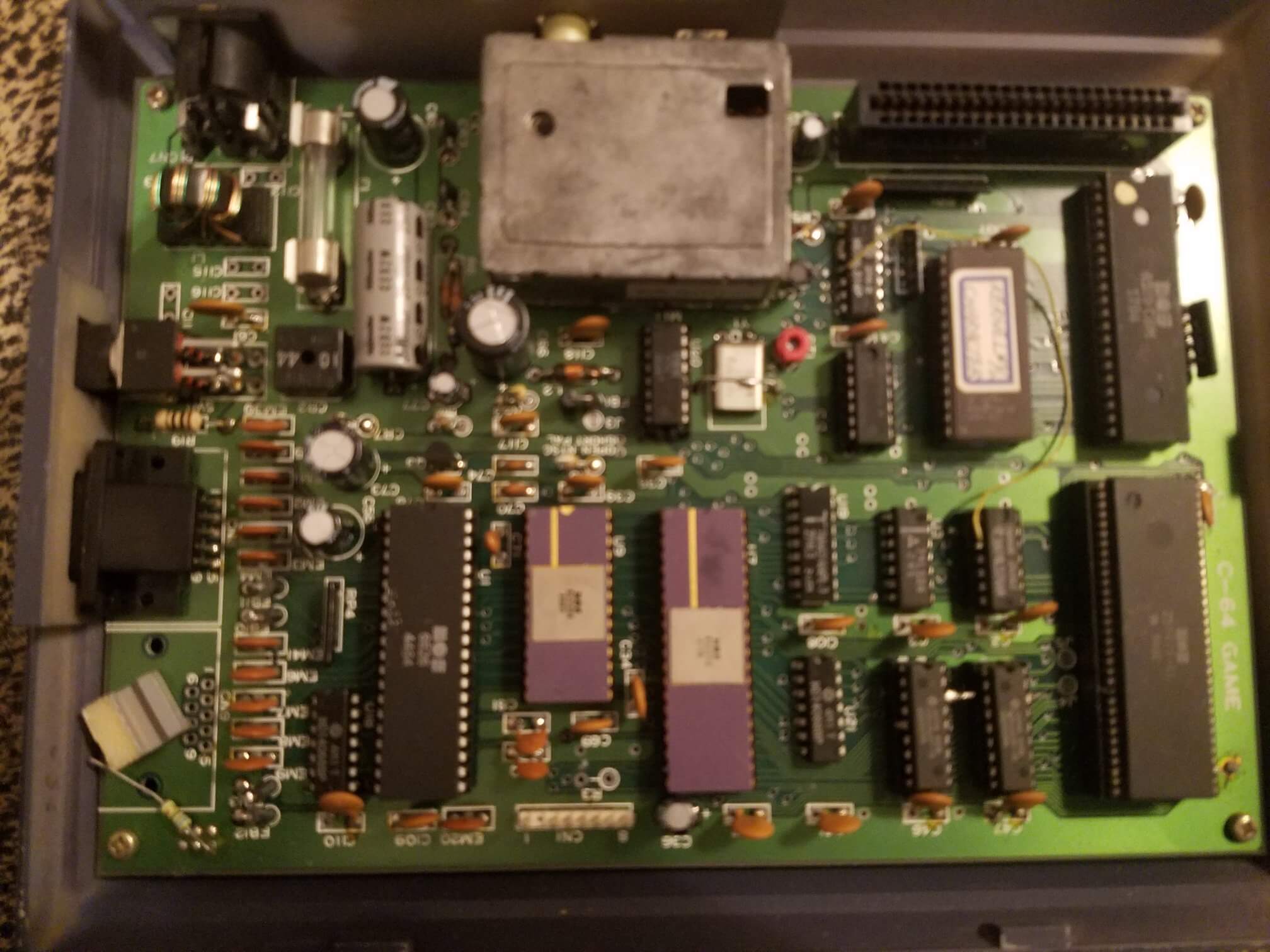 We see first silkscreen “C-64 GAME”  on the right side of relative small motherboard. We see that not many component is used and SID chip used is new 8580R4 SID model that is dated to 30 week  in 1985. Parts used on board are closer to modern C64 than to old one as this board use MOS 8701 timing chip and two 64Kx4b RAM chips and highly integrated PLA but with external color ram.

The main difference is one EPROM containing Character ROM and KERNAL ROM (Interesting is that on sticker is written KERNEL not KERNAL) and one CIA MOS6526. As there is no serial devices, user ports, keyboard only one CIA is sufficient and BASIC ROM is not usable here.
To CIA ports are connected  two joysticks (one is built in) and 4 (four) function keys F1-F4.

What is interesting is that built in JoyBall Joystick Controller comes from Sony. Cartridge seems to be same top loader as in C64GS.

If anyone have some more information about this let us know.