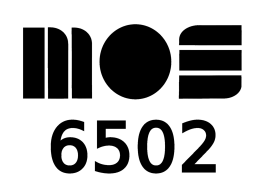 Andre Holme created new 6502 core cpu in Verilog HDL, which was automatically generated from a transistor-level netlist published by the Visual 6502 project. The 6502 has a two phase clock and this core is not only cycle but phase (half-cycle) accurate. The state of internal nodes is faithfully reproduced. All external address, data and control signals including RDY, SO, RES, IRQ, NMI, RW and SYNC are supported. The core runs 10 times faster than a real 6502 and occupies only 8% of the flops and 7% of the LUTs in the Xilinx xc3s500e FPGA on a Spartan 3E Starter Kit.

Documentation and full source code can be found here.